Huntsville has been good to Jan Nyquist and his company, Pipefusion. He believes in giving back and does so frequently, but this year, in honour of the company’s 35th anniversary, he wanted to do something a little different, something lasting.

Nyquist asked the Town, ‘what do you need?’ Their reply: public art that wasn’t just interesting to look at but that also incorporated Pipefusion’s materials, processes and skills as a means of showcasing them.

So he and company Vice President Libby Boucher put the challenge out to their employees – what would they want this piece of art to look like? A sketch that came back intrigued them and they engaged local artist Beverley Hawksley to provide guidance and a second round of sketches.

The result is what Nyquist calls “industrial art with a historical theme.” 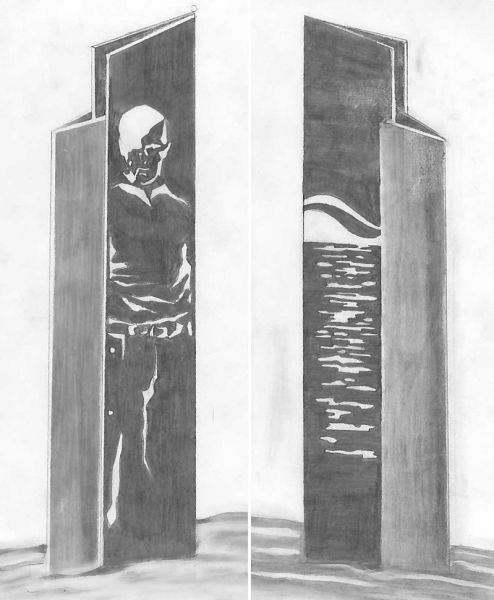 On the flip side of the sculpture will be a graphic representation of NyDock’s logo with one ripple for each of Pipefusion’s 35 years of business.

Both images will be die-cut into the black HDPE material and a white plate will be placed behind to make them more visible. At night, internal solar lights will illuminate the sculpture from within.

Pipefusion technologists used their dock-building knowledge – NyDock is a division of the company – to design a floating structure that will hide completely under the water so that Pipe Man appears to have risen out of the river unaided. It will float in the Muskoka River to the north of the swing bridge and adjacent to the town docks.

Because it’s a floating structure, it will leave the riverbed largely untouched save for an anchor to keep it from drifting. Navigation lights will ensure boaters know it’s there. And because it uses the same freeze-in-ice materials NyDock uses to build docks, it can be left in place all winter. The company will maintain it so there will be no cost to taxpayers.

Standing 18 feet tall, Pipe Man will be an impressive sight. One that will last hundreds of years, says Nyquist.

“It’s a pay it forward,” says Boucher. “The community has given back to (Jan), providing a group of employees that are very loyal and dedicated, as well as customers that have provided the avenue to expand our dock business in our region, and, of course, our local supplier, Uponor.”

If all goes to plan, the company will unveil the sculpture at their 35th anniversary celebration on June 9, with a public unveiling to occur on Friday, July 8, the kickoff to the 100-year celebrations of the anniversary of Tom Thomson’s death in 2017.

Nyquist and Boucher presented the design to Council on Tuesday night (May 24). Teri Souter, the Town’s Manager of Arts, Culture and Heritage, said that Pipe Man “will be a community asset which may be leveraged for the (planned) Tom Thomson 100th and Canada’s 150th events and activities in 2017.” 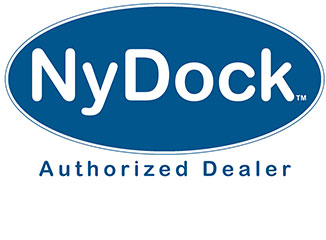